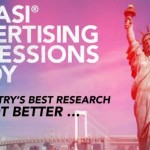 The Advertising Specialty Institute® (ASI) today released results from a global survey proving promotional products give consumers a more favorable impression of advertisers in every international city surveyed and deliver commanding advertiser recall among 87% of all recipients – up four percentage points over 2010.

In addition, ASI’s Global Advertising Specialties Impressions Study V.3 shows promotional products consistently rank among the most influential, enduring and cost-effective ad mediums available. A cost analysis of promotional products versus other advertising media, the study proves the investment in logoed items is modest, more targeted and more achievable for smaller businesses than other forms of advertising.

With a cost per impression* at about half a penny, promo products offer the best value when compared to local TV or radio, at a fraction of the production cost, the study shows.

The V.3 study, a follow-up to the definitive 2008 and 2010 surveys, includes demographic information broken down by political affiliation, ethnicity, gender, age and income, since knowing the likely recipient of products is paramount for an advertiser. This year, the comprehensive report includes more global markets and additional products, such as USBs.

For the study, conducted from July through September of 2012, ASI’s research team hit the streets and interviewed consumers in 12 North American and European cities. Results show promotional products are consistently popular and persistent, with most people owning about 10 items they generally keep for nearly six months, a far longer time period than any other form of advertising.